August 28, 2008
It's been about a year since I last kissed someone. No, I don't mean like giving a family member a kiss hello, or kissing my dear little niece and nephew. I mean, a kiss kiss! The kiss I last had was nice. Actually, it was more than nice, it was pretty awesome. It brought along hopes of a possible future relationship, of more kisses and more hugs, of falling in love. It led to a Fall of hopes, a Winter of looking forward to the warmer weather, and, unfortunately, a Spring that just crumbled everything. The other party had doubts, I guess doubts that I couldn't quite understand, and I just started to pull away. The disappearing acts made me feel like I wasn't that important, that suddenly telling me about thoughts and fears and doubts was something that couldn't be done. It kind of made me feel a little worthless. I pulled my feelings back even more. I was confused, a little angry, a whole lot hurt, just a variety of things. The pulling back on my part actually helped it to not hurt so badly when I was told a break was needed to think things out.

I've actually been nonchalant about the entire thing. Many of my friends tell me they are amazed that I have just been so casual about what happened, but really they don't know that I am actually sad about what went down. I do miss talking to this person. There isn't a day that goes by where I haven't thought about him.

But I also get so irritated with myself every day for being pressured to get rid of my thoughts about everything that had gone on in the past year and a half. I should have never caved. I should've never erased everything. It's as freedom of speech meant nothing. The sad part is that I only erased 12 posts. Over an entire year and a half. Twelve posts in 547.5 days. Twelve posts, almost all of them having to do with my fears and worries about how he was doing since he had "disappeared" for awhile again. That was really the only reason I wrote about him. I wrote when I hadn't heard from him for days, weeks at a time. I wrote about him because emailing him, calling him, emailing him again wasn't getting any responses, and it was making me so scared that something had happened. I don't think he ever got how upsetting that was. I understand that my last several posts were written out of anger, out of completely not understanding why things went downhill. Perhaps I could have worded some stuff better. But obviously, the reason the words were written never meant anything. Just the fact they were there made me feel I had to get rid of them by the person they were about, and I just wish I never did.

I feel like I'm rambling. I'm sure some people reading this are going, HUH? Well, this post is mostly for myself, to put down thoughts I've had for quite some time. If you don't understand it, don't worry about it. lol

Anyway, I have come to the conclusion that perhaps having a special someone in my life isn't supposed to happen for me. I know, I'm only 32, and I'm saying this. But really, I've had that feeling for a long time. Every time I fall for someone, it just doesn't work out. I keep being told that someone is out there, it'll happen when I'm not expecting it, yada yada. Well, maybe it will. Maybe it won't. I think the important thing for me is that I have a LOT of special someones in my life already, through my family and friends. I can pay my bills, despite still being poor. I have a "kid," I can take care of him. I have a roof over my head. I have clothes, I have food. I may struggle with money most of the time, but I can cover the basics. Sure, I get lonely every once in awhile. I miss hugs and kisses with a guy, of being intimate. But it's not a constant feeling of despair that I'll never have someone. I was that way several years ago, I would get so depressed with not having a boyfriend. I guess I've just grown more independent, and not so worried about having that. At least that's how I feel right now. Things might change at some point. Who knows! 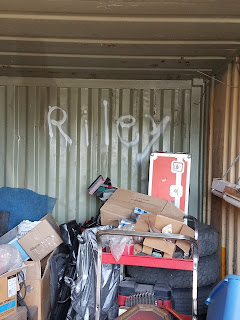 The moment I was born, I was a sick baby, even though doctors couldn't figure that out until I was 9 months old. I don't know what it's like to be totally healthy. I spent the first 28 years of my life knowing I had 2 holes in my heart, and pulmonary hypertension (PH), although no one really explained that second half to my parents or myself. Then when my daily symptoms of shortness of breath, and extreme fatigue turned into an elephant sitting on my chest constantly, I was eventually introduced to the PH world. I started seeing doctors at the Cleveland Clinic in Ohio who specialized in the disease, plus a cardiologist for adults living with a congenital heart defect. I was eventually started on a PH medication, and that first shipment of medication almost 16 years ago led me to the online world of a PH community. From message boards to chat rooms, I suddenly realized that I WAS NOT ALONE!! The PH world became MY world for so long. I would read messages for hours, replying…
Read more